How to Setup and Install ZXW Tools v3.x

ZXW Tools is the most essential piece of software for logic board repair because it contains schematics for most iPhones and point-to-point connection drawings.  It also contains component level information, images of components, diode mode readings, and component orientation on the logic board.  If you’re doing logic board repair, then you’ll want to use this software to do your job.  Here is how you install it:

Extract the contents of the file to a directory on your desktop.

Run the executable to start the software.

(If you run into any issues with the executable, then you’ll need to disable any anti-virus software that you have running.  Unfortunately, there is no way around this.)

You’ll need a license to access the schematics, so you can buy a 1-year license through our online store here.

After you create an account at the ZXW website, then you’ll need to click on Authorization Code Renewal link on the left and then enter your Serial number and password that you just received. 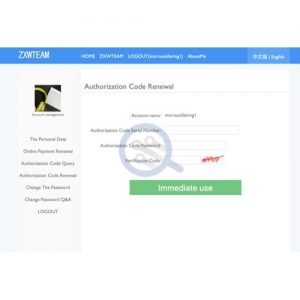 From there, if you click on The Personal Data link, then you should see that your 1-year license has been activated and the page will also show you the expiration date.  That’s it!

iPhone 11 No Power Logic Board Repair

We just had our first case of repairing a no power iPhone 11.  The history of the phone is that the customer dropped it, then the phone stopped working.  The repair shop replaced the screen and there was no change.

Upon separating the two logic boards, we noticed that there were two chips that were cracked.  Since there are no detailed schematics available for these iPhones yet, we were uncertain about the exact function of these two chips, but we were able to make some good guesses based on past logic board repair with older iPhones.

We determined that one of the chips was the big audio chip and the other was a some sort of power chip.  After replacing both of these chips from a donor board, we were tasked with the challenging task of resoldering the two separated logic boards back together.

After four attempts, we were able to get everything working once again.

Some of the challenges that we faced were the fact that the backlight dimmed out with the ear speaker flex disconnected.  This was probably the biggest grief for us because we also missed a cracked backlight coil, which both contributed to the backlight not working.  After replacing the broken backlight coil, we thought that we had fixed the problem, especially after getting 20v at both anode pins, but we were trolled by the ear speaker flex being disconnected.

The second challenge was sandwiching the two logic boards back together.  We had to do it a total of 4 times, mainly because we didn’t tin the pads well enough and we didn’t apply enough pressure to the two logic boards after heating them up.  It was mainly at the two ends of the logic boards that we were having the most problems because they tend to warp a little and bend upwards and away from the interposer board.

Anyways, I’m happy to say that after four attempts, we were able to get everything working on the iPhone 11 logic board, so I think that we can comfortably say that we’re qualified to work on these logic boards now.

If you’re interested in sending in your iPhone 11 logic board for repair, then please request a quote here.

How to Renew ZXW Tools v3.x

First off, you need to check when your license expires.  In order to do that, you’ll need to login to the software or your online account and check.  If you’re checking online, then look under “date of expiry” to find your expiration date.  If you’re looking within the software, then go to Help | About.

If your license is expired, then you’ll need to purchase a new license.  You can do so from our store.

After purchasing the license, you’ll receive a serial number and password, which you’ll need to enter into your online portal.

Click on “Authorization Code Renewal” on the left hand side menu, then enter the serial number and password into the appropriate boxes.  Enter the verification code, then click on “Immediate use”.  Once successful, then you can go back to “The Personal Data” page and check your “expiry date”.  That’s it!

So, you replaced screen on your iPhone X/Xs/XS Max and accidentally tore the ear speaker flex and now your face id doesn’t work.

With face id, there are many moving parts to the system, which include the ear speaker flex and the front camera flex/dot projector.  If any of these components are dirty or torn or broken, then face id will not work.  Sometimes you’ll get the “move higher” or “move lower” (your face) error and sometimes you’ll just get the standard “unable to activate face id” error upon startup.  It all depends on what was damaged.

The most common issue is what I described above, which is the torn ear speaker flex.

See our video on how to repair face ID: