Here are some pictures of the newer touch IC chip on the iphone 6s screen.  The chip is located at the top of the back of the screen.  Since this chip is located on the screen, it also means that if the force touch doesn’t work after a screen replacement, then it’s most likely the screen that is at fault.  A new screen should fix most touch and force touch problems. 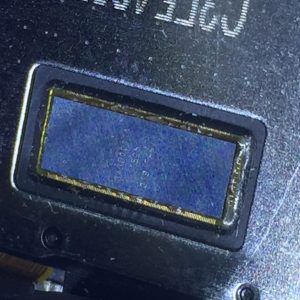 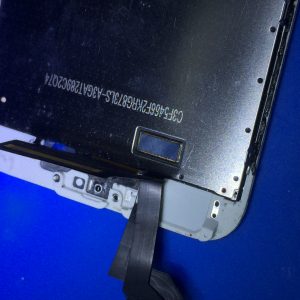 It looks like the chip is held onto the screen with some pretty strong epoxy, so soldering a new chip on is probably not a very feasible thing to do.  With the iPhone 6S screens currently selling for around $100-$130 and the 6S Plus selling for around $160, replacing the chip is probably not very cost effective.  Replacing the screen would be faster, easier and cheaper.  I guess this spells the end of the touch IC disease as we know it. I’m pretty sure that something else will pop up in a few months, especially if it’s an iPhone.