The iPhone X logic board on the other hand is made up of two pieces held together by a middle connector ring, which is soldered to both separate logic boards. 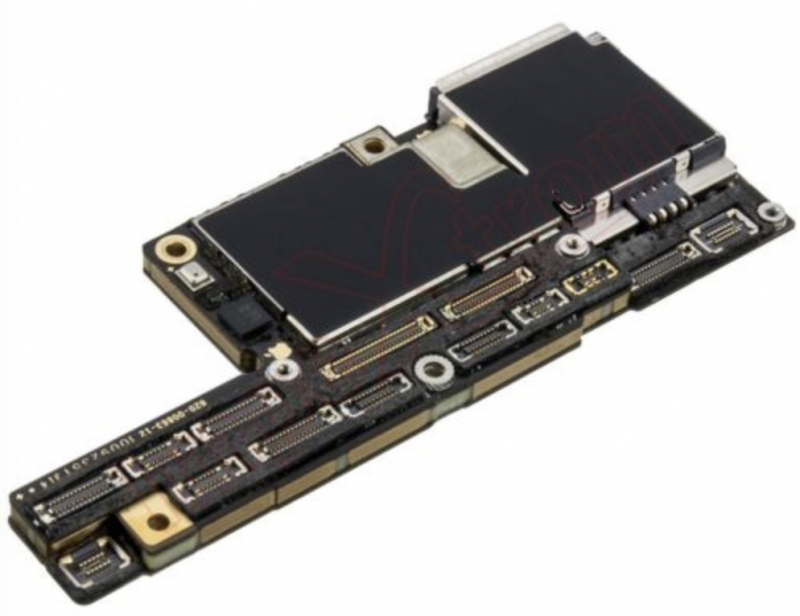 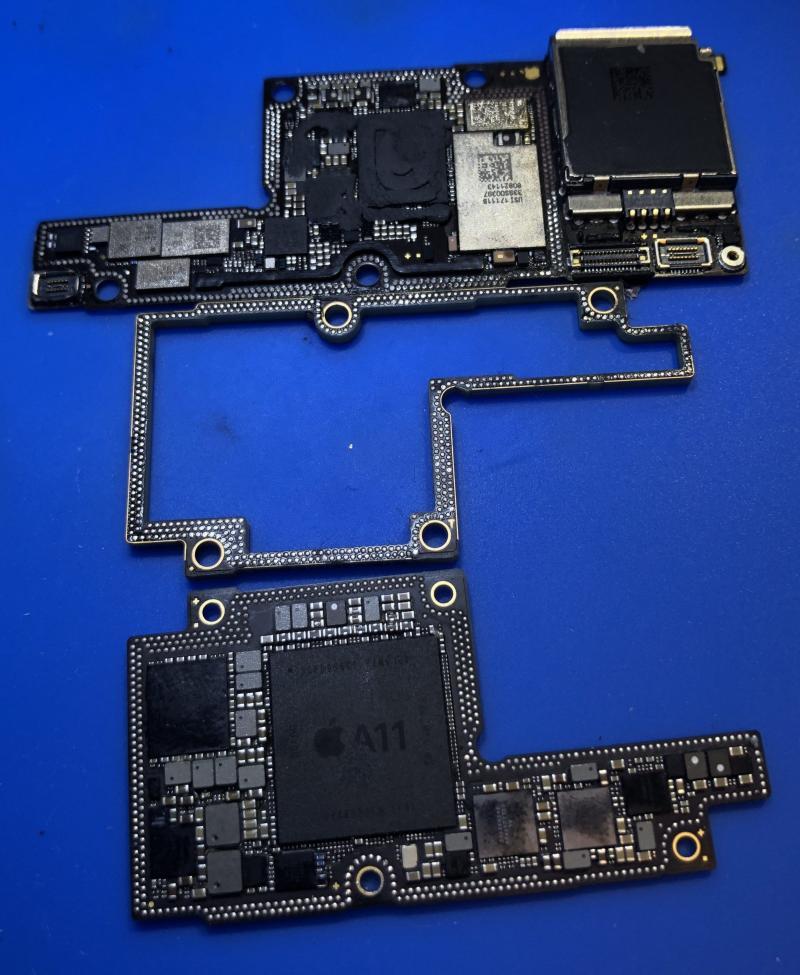 It’s obvious that Apple’s design was to save space within the iPhone housing, so that they could make the battery capacity bigger, since the battery takes up more than half of the real estate in the housing. 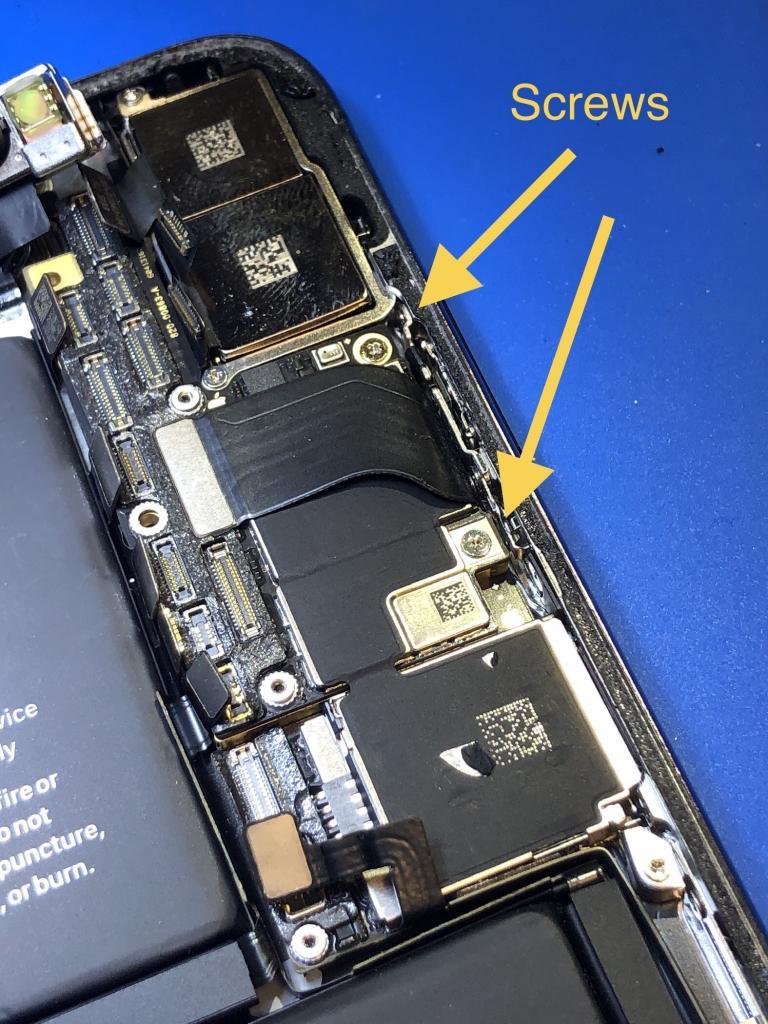 When the bending of the logic board occurs in the iPhone X, the top logic board separates from the bottom logic board causing no touch, no cell service, and/or no wifi problems: 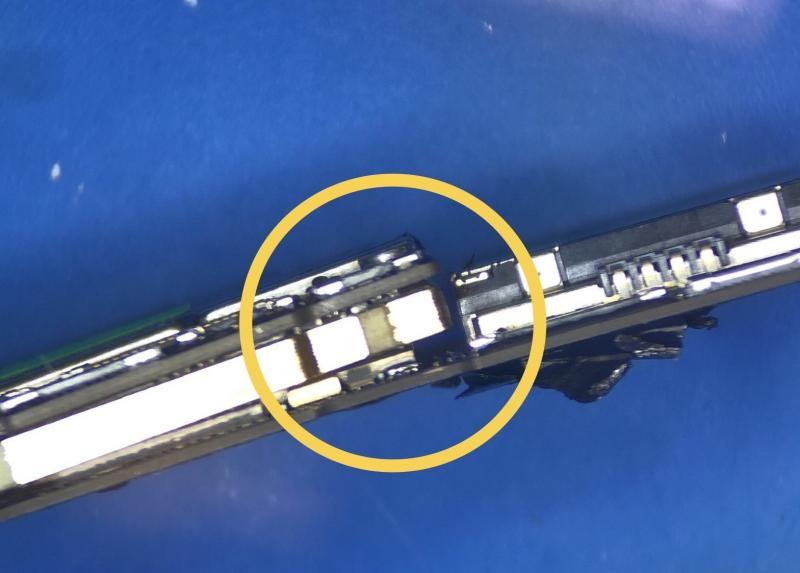 As you can see in the picture below, when the two logic boards have disconnected from the middle ring, you’ll often see missing pads.  In this case, there are many missing pads. 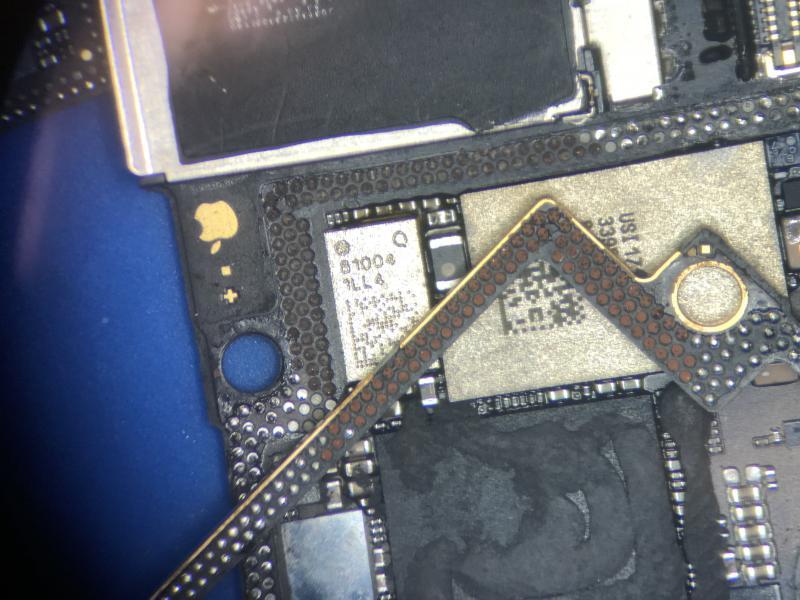 All of the black/brown spots are supposed to be silver and shiny like the other ones on each side.  There are hundreds of these pads, which connect the two logic boards. 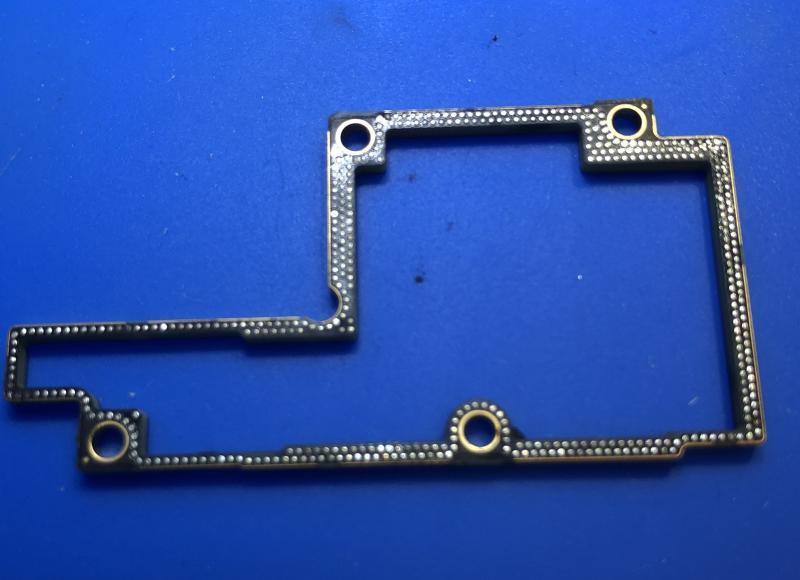 In order to fix the logic board, one would need to desolder the two logic boards along with the middle ring, fix the missing pads by running jumpers for each necessary pad, THEN put everything back together and hope it works.  As you can imagine, repairing the iPhone X may not be the most feasible thing to do. Especially when a lot of these pads run under other chips: 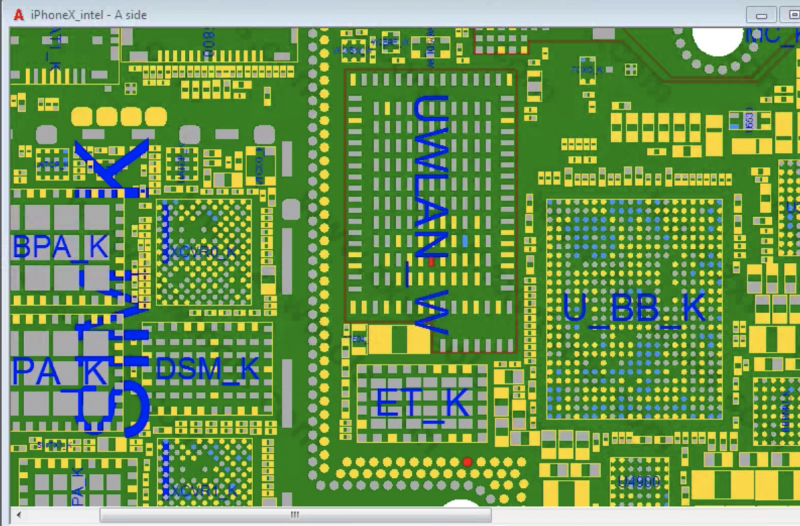 Unfortunately, there is no easy way to run a jumper under a chip to a missing pad.  One option would be to transfer the wifi chip (UWLAN_W) and the baseband chip (cell service) to another donor logic board, but doing that itself is no easy task.  And the last thing is, how could anyone warranty this type of repair?  If a repaired iPhone X comes back in as a warranty repair, it would most likely take a few hours to try to fix again.  With all things considered, I don’t see an easy way to repair the iPhone X.  However, data recovery is a different story.

The bad thing about the iPhone X is that repairing the logic board is going to be very difficult.  The good thing is that the success rate for data recovery should be pretty good.  The reason being, the iPhone will still boot with another bottom logic board from another iPhone X.  So, the typical data recovery will go as follows:

This is what an iPhone X jig looks like: 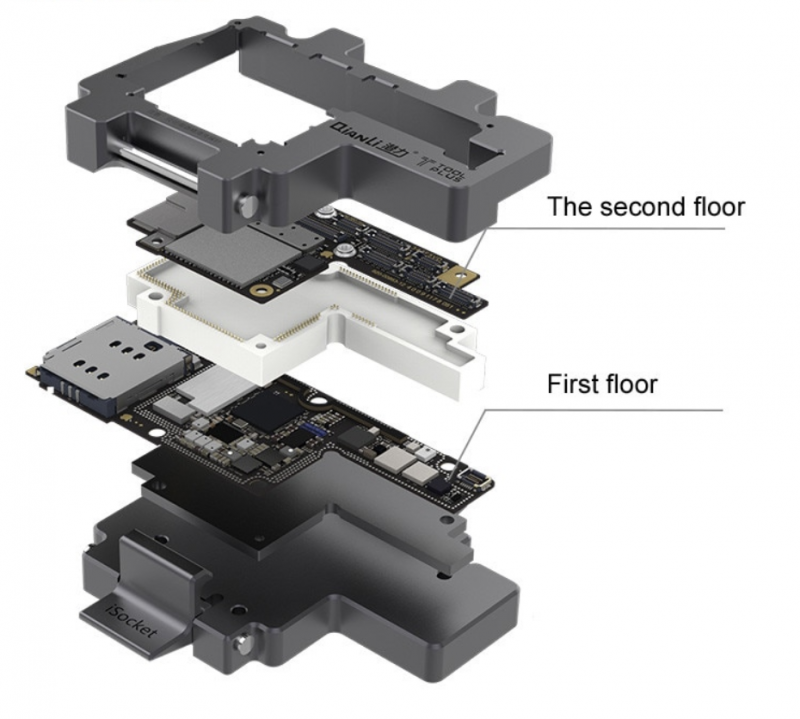 This is a setup of the actual jig hooked up to our donor iPhone X logic board with battery, screen and charge port.

Using a different bottom logic board prevents the wifi and cell service to work since the original cell service and wifi chips have to be used in order for them to work, which is why you see the triangle icon at the top right and no wifi networks to connect to.

Unlike previous versions of the iPhone, the path to data recovery on the iPhone X is actually easier than repairing the logic board.  In terms of repair, at this point, I don’t see a feasible solution to repairing the iPhone X due to the amount of time that it would take to diagnose and repair.  And I don’t think anyone would logically want to warranty any type of repair on the iPhone X.

If you would like to your data recovered on the iPhone X, then please contact us using the request a quote form.   If you want your iPhone X repaired, then you can still contact us, but understand that data is the only thing that we would be able to guarantee.

Also, you can see a video of one of our iPhone X no power data recovery below: