We’ve been seeing more and more of these iPhone 11 no backlights lately.  Basically, the backlight goes out after a screen repair mainly because the battery is not disconnected during the repair.  It’s been happening since the iPhone 6s and it seems like it’s still happening with the latest iPhone versions with LCD screens.  iPhones with OLED screens aren’t affected by backlight issues because the technology is different with these screens.  iPhone with OLED screens include the iPhone X, XS, XS Max, 11 Pro and 11 Pro Max.  Although, even those phones have after market LCD screens now.

Anyways, good news is that we can repair iPhone 11 backlight issues.  What makes it a little more challenging is that the iPhone 11 is the first phone with a sandwiched logic board that uses an LCD screen. 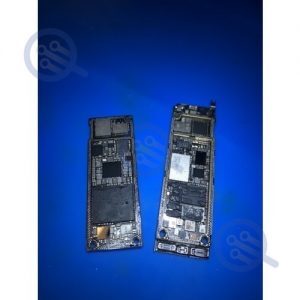 The best way to identify an iPhone 11 no backlight problem is to shine a bright light in the middle of the screen, then look for some sort of image.  You should be able to see an icon or the apple logo or maybe a battery charging symbol, similar to this: 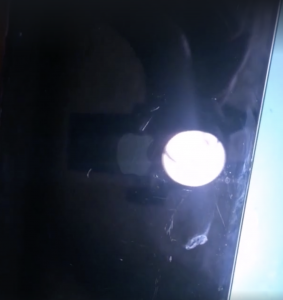 In the picture above, when a bright light is shined on the screen, you can see a faint apple logo, which tells us that the lcd is working, but the backlight is not.